PM Oli Calls A Meeting Of Political Parties For Tuesday 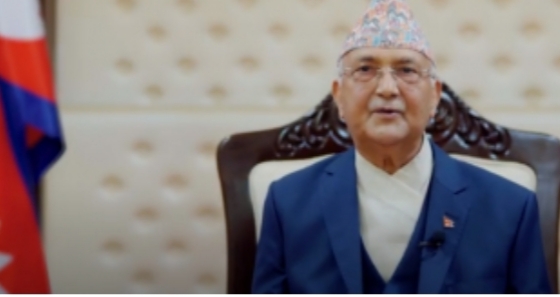 Prime Minister KP Sharma Oli has called the meeting of all the political parties that are represented in the parliament.

The meeting has been called at 11:00 am on Tuesday at the PM’s residence, Baluwatar, informed Surya Thapa, press advisor to the PM.  He added that discussions about the ongoing contemporary political issues would be held in the meeting.

“PM Oli called the meeting in the wake of the possible threats posed to democracy by the protests and demonstrations being held in the recent times by anti-republican forces,” said Thapa.

Prior to this, PM Oli had called an all-party meeting to incorporate territories of Nepal including Kalapani, Lipulekh, and Limpiyadhura in the map of Nepal.