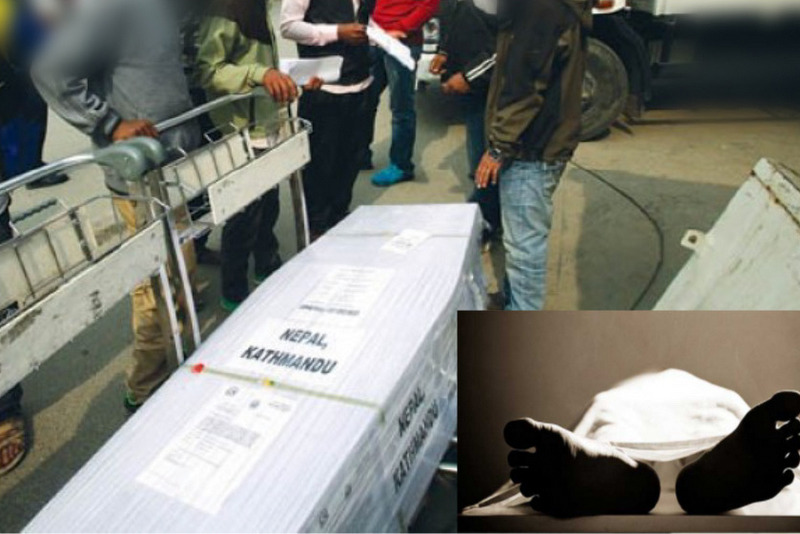 Thirteen bodies have been brought to Nepal from Malaysia on Friday. The bodies of those who died in Malaysia have been brought to Nepal for employment. Of the 16 bodies brought to Nepal, only the remains of three bodies have been brought. His body could not be retrieved after regular international flights were canceled due to the coronavirus epidemic. Eventually, his family agreed to bury him after he lost some skills. After the relatives in Nepal requested to bring only the ashes of the corpses to satisfy them, the ashes of three people including 13 corpses were also brought. Thirteen other bodies including three items have arrived in Nepal on a chartered wide body plane of Nepal Airlines. According to Second Secretary of the Nepali Embassy Mahesh Tripathi, the remains of Suman Basnet of Solukhumbu, Rup Chandra Syangtan of Kavrepalanchok and Ammar Bahadur Thapa of Gulmi have been sent. Similarly, Maimudin Musalman of Rupandehi, Tek Prasad Limbu of Sankhuwasabha, Binod Rai of Bhojpur, Jugeshwar Mahato Koiri of Bara, Dev Bahadur Rana of Banke, Suresh Rai of Sarlahi, Bindeshwar Mahato of Siraha, Bhuvan Halwai of Jhapa, Hom Bahadur Bista of Udaipur, Fatik Thapa of Baglung, Shiv Prasad Sapkota of Chitwan and Shiv Prasad Sapkota of Chitwan. The body of Ashnarayan Prasad Kushwaha of Banke was brought. There were 13 bodies, 3 items and 264 Nepalis on the wide body chartered flight of Nepal Airlines. Similarly, 154 Nepalis had returned home from a chartered flight of Himalayan Airlines