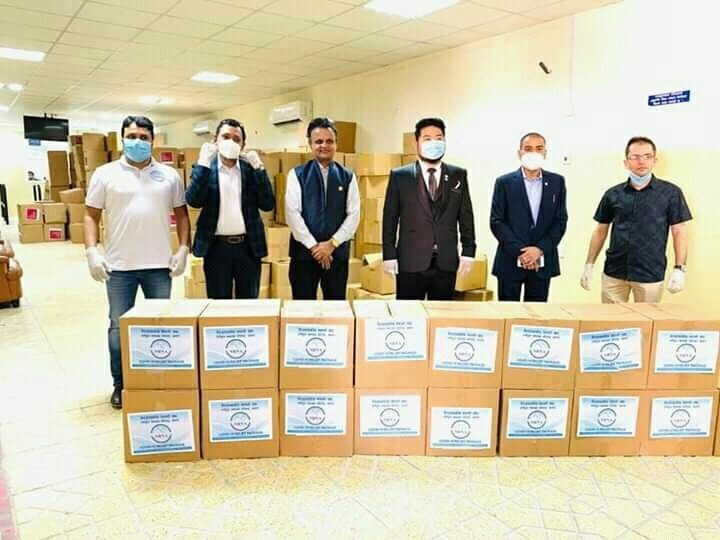 13 August 2077, Saturday
The Rescue and Relief Distribution Committee formed by the Non-Resident Nepali Association Qatar
Twenty-one phases of relief have been distributed. Relief has been provided as per the rescue and relief program set up by the National Coordinating Council of the Non-Resident Nepali Association Qatar to address the problems faced by Nepali workers in Qatar following various precautionary measures taken by the Qatari government to control the worldwide outbreak of
Food relief packages received from Qatar Charity have been distributed by the Ministry of Foreign Affairs, Ministry of Labor and Ministry of Home Affairs of the Government of Qatar.
According to Padam Giri, General Secretary of the NRN National Coordinating Council, Qatar, food packages have been distributed to 627 Nepali workers in the 21st phase from August 15, 2020 to August 28, 2020.
The Nepali Embassy family, ICC representatives, NCC representatives, relief and rescue committee coordinators and members, representatives of various organizations, journalists as well as all the special volunteers who participated in the relief distribution program have expressed their heartfelt gratitude.