Four former chief justices have ruled that the dissolution of the House of Representatives is unconstitutional. 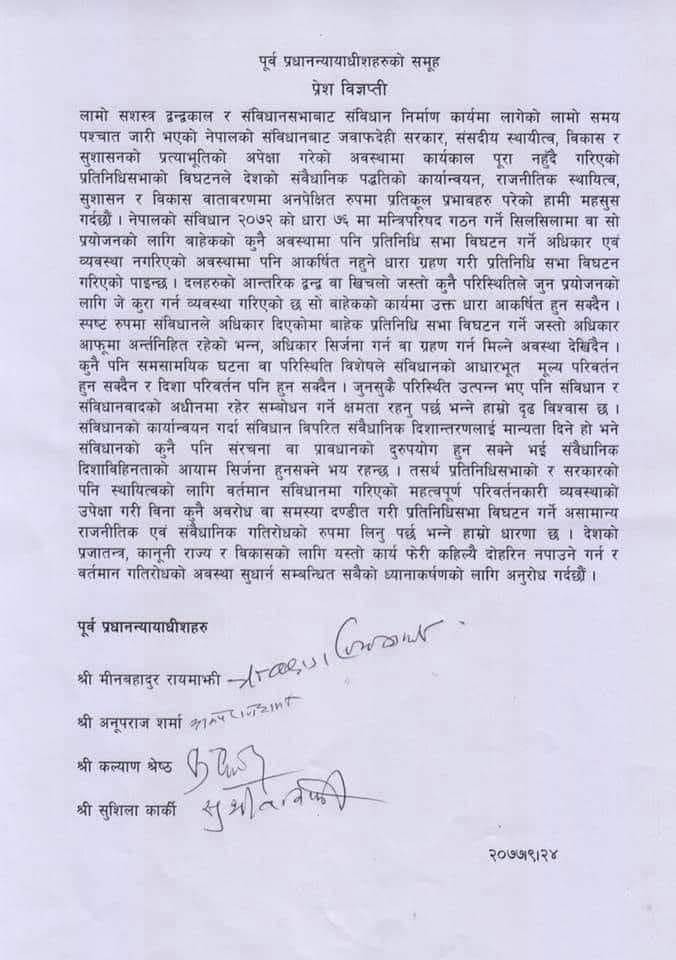 Lalitpur: While the issue of dissolution of the House of Representatives by the President on the recommendation of the Prime Minister is under consideration in the Supreme Court.

They have made public the idea that the dissolution is not constitutional.

Article 76 of the Constitution gives the right to dissolve the Parliament in connection with the formation of the Council of Ministers or in any other purpose, It is mentioned in the press release that the House of Representatives has been dissolved by adopting a section that is not attractive for not giving.

‘The statement also refuted the argument that dissolving the parliament was the prerogative of the prime minister’, said Former Chief Justices.

They have also warned that giving legitimacy to the dissolution could create a situation of constitutional disorientation.

Following the dissolution of the House of Representatives, the former chief justices issued a statement saying that there was a sharp polarization in the political parties.

This issue has become more complicated after the opinion was made public.