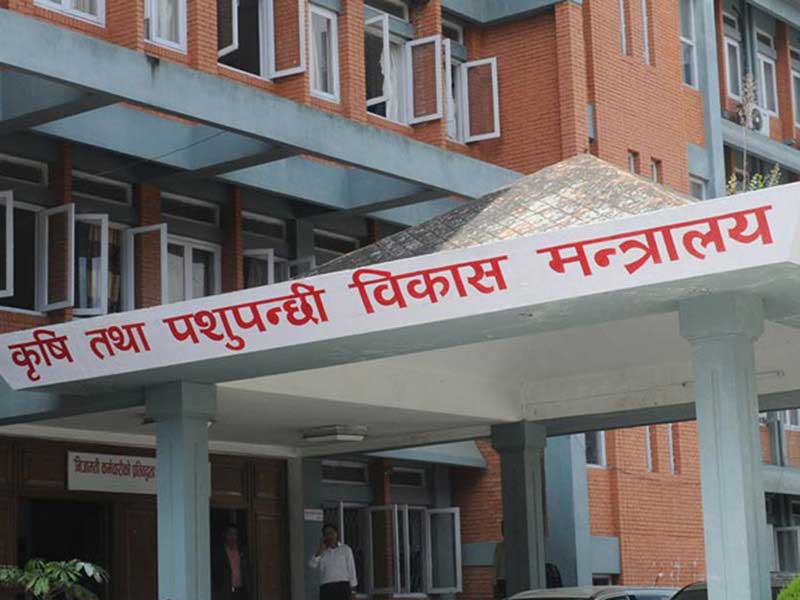 Kathmandu, Jan 7: The Ministry of Agriculture and Livestock Development has urged a high caution in view of the detection of bird flu in neighbouring India.

The Ministry has sent a circular to seven border animal quarantine offices under it along the Nepal-India border in the Tarai directing a high caution. It has also directed a halt to the import of poultry products from India, said the Ministry’s Spokesperson Dr Sriram Ghimire.

“There are high risks of the virus being imported to Nepal from Himachal Pradesh in India. There has been a halt in the import of poultry products from the Pradesh for the time being,” he said urging chief district officer of some Tarai districts to maintain a high alert.

There are possibilities for the import of poultry products beyond the borders as Nepal shares open border with India. The chief district officer has been asked to be in contact in this regard by following a right to direct bird flu control.

“Chief district officer is vested with works like destroying chickens and taking action against those importing poultry products illegally from India,” he said. Border animal quarantine offices in Kakadvitta, Birgunj, Bhairahawa, Krishnanagar, Nepalgunj, Kailali and Gaddachauki have been asked to do the needful in this regard. Chief district officer can mobilise technicians, human resources and other resources to stop the import of poultry products from India.

The Ministry has also asked poultry traders to be on high alert in this view. It has also asked people across the country to report to the Ministry or near concerned offices in case of finding ‘suspected’ chicken or dead ones in mass quantity. There have been reports of the virus detection in Madhya Pradesh, Kerala, Rajasthan and Himachal Pradesh in India.